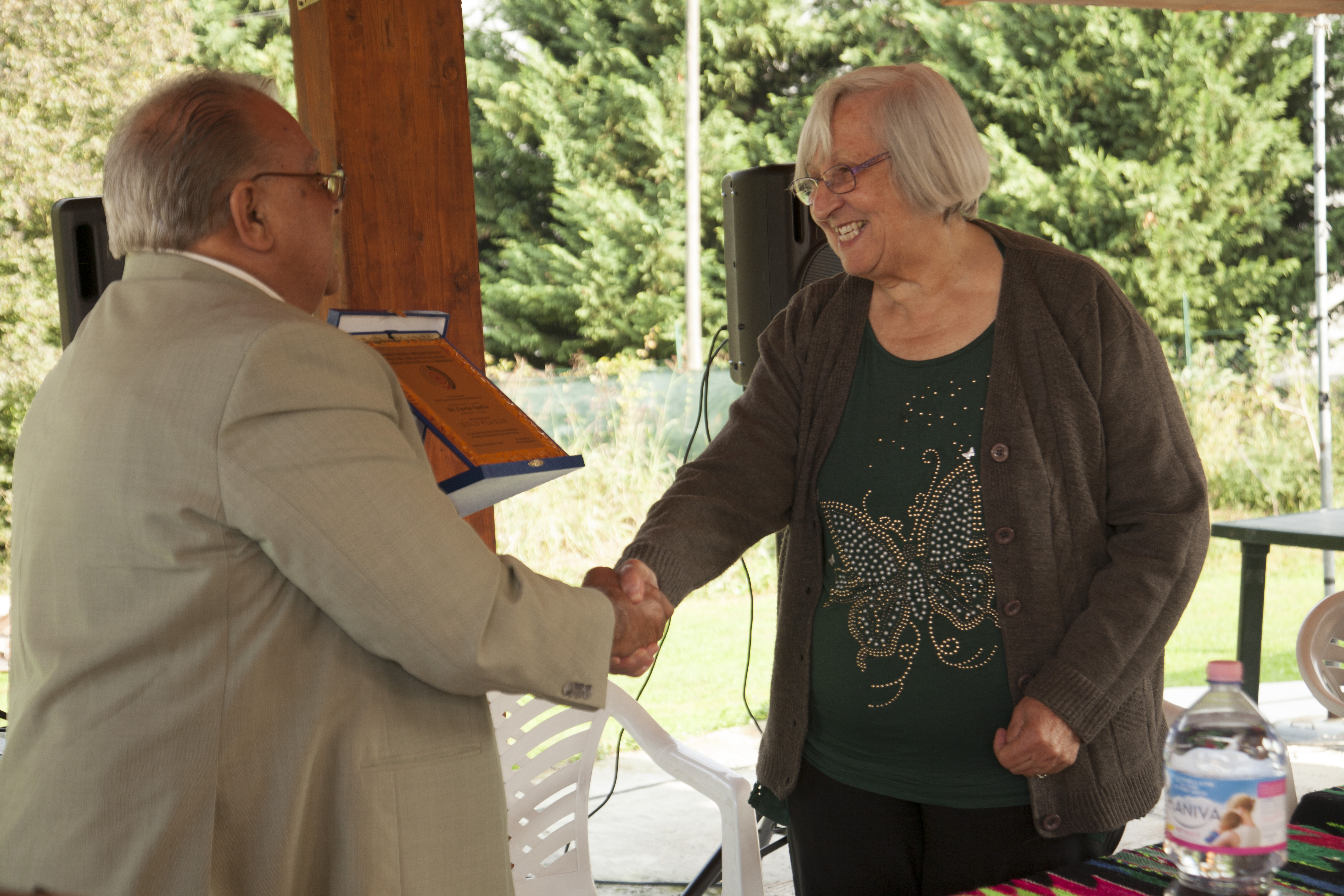 The Convention began on Thursday 25 September as an important event for those who want to learn more about the Roma people. This year’s theme dealt with the issues that have a significant impact on the daily life of Roma people.

The Convention was created with the aim of mutual co-operation and integration, with the participation of Roma and non-Roma speakers. The first day was opened by the Vice President and AIZO- Jonko Jovanović, who is more than 40 years in Italy. He pointed to the difficulty of obtaining documents, the fight against bureaucracy and as stated ‘After years of lawlessness now I have an Italian identity card and can stay in this country without fear “and the National President of the organization Aizo Carla Osella. Focus is given to the discussion of the legal situation of Roma and Sinti, both from a legal point of view and from a sociological perspective. attendance were: Paolo Bonetti, a professor of constitutional law at the University of Milan Bicocca, Marcella Women’s University, Sapienza University of Rome and Jovan Damjanović, President of the World Roma Organization, who said : “For years we were one invisible nation, now we want to exist and I as a member of the Parliament of Serbia was fighting for my people, so that their voice can be loud enough to be heard at the institutional level,” said Jovan Damjanović and added that in the democratic countries of Europe, the cradle of human rights and democracy, the last time occurring adverse events, racism is rampant, there is need to advocate for the protection of the rights of Roma – whose rights are prescribed into laws and international conventions. Unequivocally he condemned racism, stigmatization and hate speech against Roma, especially in public and political discourse. He further added:

‘’As the situation varies from country to country, the role of international organizations should first and foremost be to support and assist the efforts made at the national, regional and especially at the local level.’’He recalled that the active participation of the Roma is crucial to achieve their social inclusion and need constant encouragement to participate in problem solving, among other things, the relatively low rates of education and employment, keeping in mind that the process of inclusion of the Roma contributes to social cohesion, democratic stability and acceptance of diversity. Many said they have a negative opinion about the Roma, which is why the president Damjanović asked participants whether they had heard something about the organization of Cosa Nostra – which is one among the biggest mafia organizations and committed many evil to Italian people. He asked them if they are aware of the fact that until recently the prime minister of Italy, Berlusconi robbed millions of citizens of Italy and carried out the other negative phenomena. He asked what they would do if they were in their seats Roma people. In further remarks said that the Roma are not only needed social benefits, grants and other benefits, it takes the role of state institutions and international factors that will allow them loans or grants to established small and medium enterprises, cooperatives and Roma produced items needed for Italian and European markets. President of the World Roma Organization Jovan Damjanović offered and joint projects that would be in the interest of Roma with a view to economic empowerment and new opportunities for employment.

The President Damjanović is presented the Gold Medal to the president of the organization Aizo Carla Osella for her contribution to the strengthening of democracy and the rights of the Roma community. He also presented certificates of gratitude to Vice President of Aizo – Jonko Jovanović and director of the Roma Radio Onda d’Urto – Brescia, Bajram Osmani.
From an institutional point of view, Alexander Pistecchia closer to the participants the role of the National Office against Racial Discrimination of Roma in ensuring the rights of the minority. In the afternoon session were discussed the topic of work  – Gian Luca Magagni and Gabriella De Luca, counselors Aizo ie, Trentino Alto Adige and Calabria, who presented a situation in which the Roma community is  and thus faced in with finding a job.

The first day ended with a performance of Roma music band ‘Golden Doves’.

The second day of the convention was devoted to education – attended by Fabrizio Boldrini and Maria Rita Bracchini, representatives of the Centro Studi Fondazione Villa Montesco. They presented models of education based on the pro – sociability. Emphasized the need to take into account the positive and negative aspects of the relationship between the school – Roma world. In the end, Don Giancarlo Perego, president of the Foundation of migrants in Rome, concluded the session with report of the projects.At the end of each session Roma and Sinti are discussed, including Rebecca Covaciu (painter), Dubois Savio, Ileana Halilovic Cioban Lenuta and Raidich Giulio, and entrepreneur Marko Dragutinović, Roma in Turin.

On the second day the Mayor of Cassalmaggiore Filippo Bongiovanni has meeting with president Jovan Damjanović and talked with him and with important officials about the quality of the treatment of the Roma community and the lack of infrastructure in the camps in Cassalmaggiore, which was accepted. 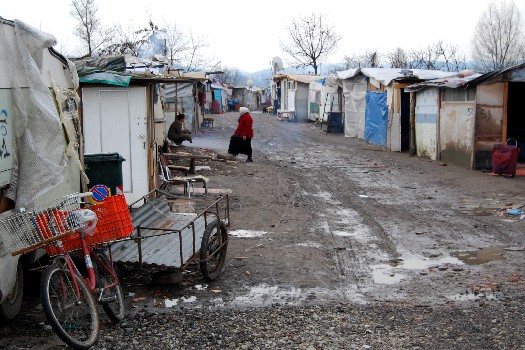 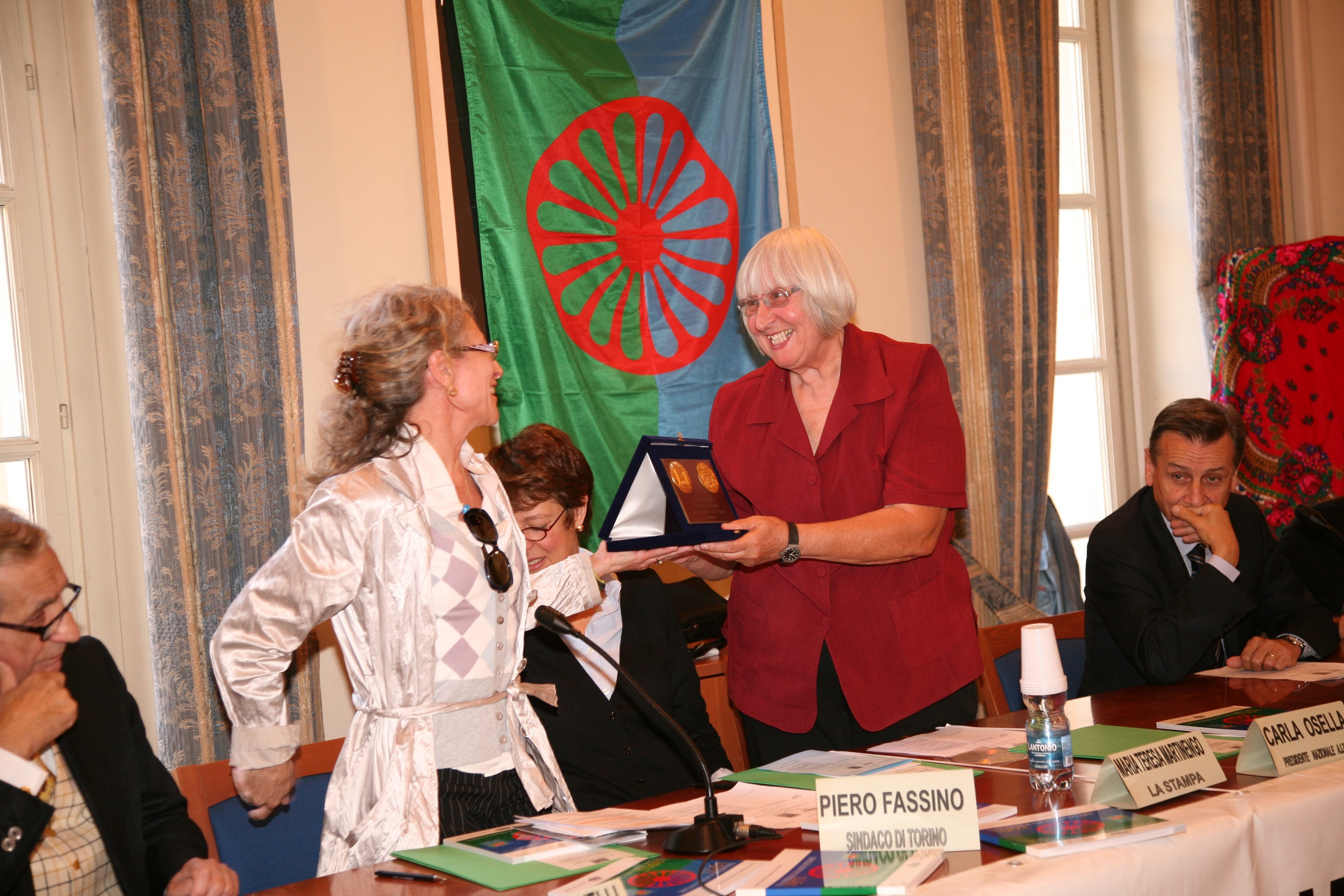